Erik was also formerly head of group financial planning and analysis at the Sunderland headquartered pan-European transport operator Arriva and started out his career as a trainee auditor with KPMG.

Erik will head-up the bus operator’s finance team, which is responsible for management accounting and revenue administration, IT, insurance and also provides payroll operations for the wider Go-Ahead Group.

Based in the bus operator’s Gateshead HQ, he will lead the finance function and contribute to business strategy for Go North East and its East Yorkshire bus company subsidiary. The two firms have a combined turnover of £130m, employing nearly 3,000 people and operating 1,000 buses from 14 depots.

Erik is originally from the Netherlands but has lived in the North East for 17 years, having studied at Haarlem, and then Leeds, holding both UK and Dutch degrees in accounting and finance. The chartered management accountant is married and has two young sons.

Commenting on his appointment, Erik said: “It’s an honour to be part of a team that has such a great reputation within the industry, and beyond.

“The board has ambitious plans and I’m looking forward to getting started and playing my part.”

Martijn Gilbert, managing director at Go North East, added: “We’re delighted to have Erik join our team. He’s a strong appointment, bringing valuable financial leadership experience and I’m looking forward to working with him to take our company to even greater heights.

“I’d like to thank the whole of our finance team for their exceptional efforts over the last few months in the interim prior to Erik’s arrival.” 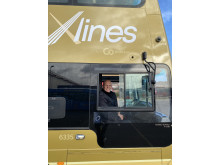 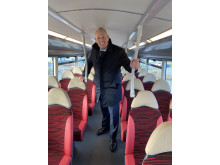 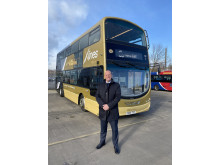