Team members wore blue casual clothing in place of their usual uniform to champion NHS staff and fellow key workers, with the loudest clapping yet taking place at 5pm around the region, including some of the North East’s favourite attractions.

Go North East colleagues celebrated at The Angel of the North, Hadrian’s Wall, as well as celebrations in Gateshead and Sunderland, which included buses positioned in the shape of the number 72.

The celebrations were captured on video, with colleagues clapping and cheering in support of the NHS and all the key workers that have helped keep the region moving during the pandemic.

Martijn Gilbert, managing director at Go North East, said: “This was a fitting way to celebrate the NHS’ 72nd birthday.

“Everyone from drivers and cleaners, to doctors and supermarket workers, all key workers have united and kept the region moving, so it was great to see so many people across the region pull together once more in celebration of everyone’s fantastic efforts.

“The effort shown by our colleagues, who are key workers themselves, was superb with many volunteering their time to take buses out to the various locations across the region, with some of them even putting together a locally made thank you video message which was creatively beamed onto the side of our recently launched celebratory rainbow bus.” 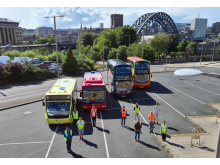 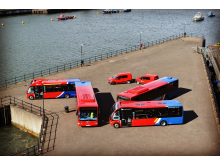 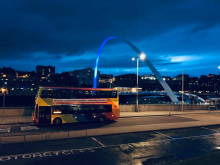 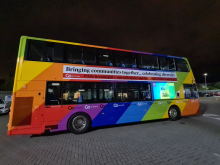 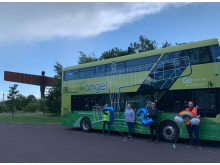 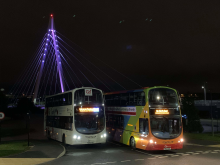 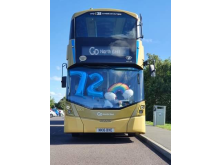 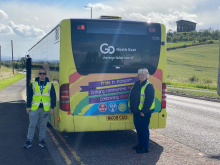 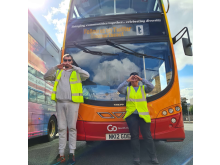 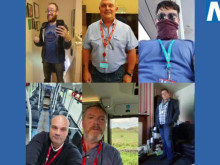 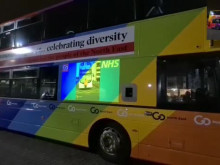 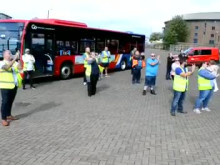