Carrying over 25,000 bags and transporting nearly a fifth more spectators and runners compared to last year, Go North East’s role in the 2017 Great North Run was the bus company’s biggest and best yet.

The award-winning operator has provided baggage and transport services for the UK’s biggest half marathon since it began in 1981. And, thanks to its dedicated special events team, which included over 120 drivers, supervisors and engineers, it played a vital role in safely delivering more than 8,000 passengers to the event’s start and finish lines.

Its 38 dedicated baggage buses, carried approximately 25,000 pieces of runners' luggage to the finish line in South Shields, while front-line team members enjoyed the camaraderie of the region’s best loved event – offering route guidance and direction to spectators, cheering runners on and even managing to snap a few selfies with some of the celebrity participants.

Among the tens of thousands of runners were team members from Go North East – fundraising in aid of their chosen charities. Seasoned Go North East competitors included development manager Mark Ellis, who has 11 races under his belt and customer services supervisor, Ian McDonald, who boasts a decade dedicated to the event. Joining them were finance director, Paul Edwards and Frances Shotton from the payroll department.

Mark, who ran in aid of the British Heart Foundation and has so far raised £300, said: “As always the Great North Run was a fantastic day, for those of us completing the race and our teams on the ground who all did an amazing job.”

Managing director of Go North East, Kevin Carr added: “We take great pride in supporting the Great North Run and this year was our biggest and best yet. The event shines an international spotlight on our beautiful region so we love getting involved and helping make it run seamlessly, while really enjoying the fun that comes with such a special gathering. We already have plans in place to make 2018 another year to remember.” 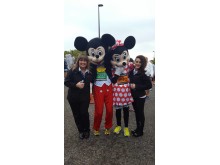 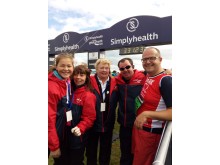 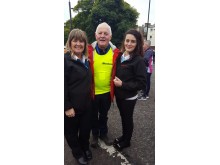 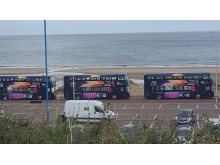 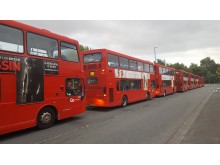