The 70-year-old, was one 55 team members from the company, who was honoured at the 67th annual Long Service Awards.

Starting his early career as a conductor, Lloyd was instantly attracted to a seat behind the wheel and became a bus driver aged 21.

After half a century on the buses, Lloyd, who has been based out of Wearside for his entire career and now works out of Go North East’s Deptford depot in Sunderland, now transports passengers from the city to Washington and Newcastle three mornings a week.

Commenting on why he has stayed in his role at Go North East for such a long time, Lloyd said: “It’s the people, they’re what make it – good work colleagues and the passengers. Some faces I recognise from when I first started, it’s wonderful.”

Lloyd accepted a trophy to mark his milestone from Go North East’s managing director, Kevin Carr, who presented each winner with gifts and certificates to commemorate their achievements.

Compered by BBC Radio Newcastle presenter Lisa Shaw, the event, held at Hilton Newcastle Gateshead recognised everyone from drivers, electricians, engineers and PAs plus many more, for achieving 25, 30, 40, 45 and 50 years of service – together totalling 1,725 years with the company.

Last year, Kevin picked up his own 40 years’ service award. He said: “All of our teams’ loyalty and commitment over the years has played a major part in our success. We think it is important to recognise those that have spent so much of their working lives contributing to delivering a first-class service to our customers. Our special congratulations go to Lloyd who has been with us for 50 years, it was really very special when he received a standing ovation from his peers at Friday’s award ceremony.”

Others celebrating key milestones were drivers Allan Davison and John Terell – both of whom have clocked up an impressive 45 years with Go North East. A staggering 14 team members had held roles of 40 years with the business, while 15 people commemorated three decades and 23 could boast a quarter of a century with the bus giant.

In addition to the awards ceremony, the celebration included drinks, music, a three-course dinner and dancing. 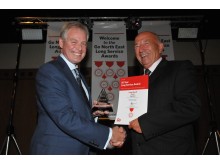 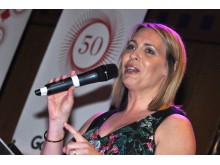 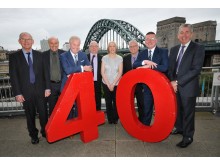 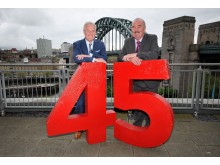 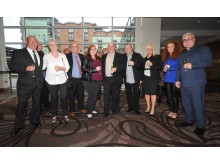 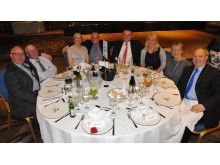 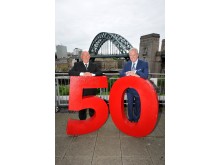