Achieving his 50-year milestone at Go North East, stores supervisor Ian McPherson from Dunston received a standing ovation after his achievements, and those of his long-standing peers, were celebrated at the region's biggest bus company's 69th annual Long Service Awards.

It was by a stroke of luck that Ian got the job of apprentice store keeper at the age of 15. His Gran lived next door to a cleaner at the Queen Street depot in Bensham, who told them that the company was recruiting, and Ian has never looked back.

After half a century working for Go North East and talking of his future plans, Ian said: “Although I realise I can’t work forever, I’m currently fit for my age and would find it hard to leave. If I didn’t love my job I would have left a long time ago.”

Ian accepted his trophy from Go North East’s managing director, Martijn Gilbert, who presented each winner with gifts and certificates to commemorate their achievements.

The ceremony was held at Newcastle’s Crowne Plaza and compered by BBC Newcastle radio presenter Lisa Shaw, and celebrated the achievements of 55 team members, together totalling 1,935 years with the company.

“It’s a great honour to work alongside team members that have dedicated so much of their lives to the company, be it our drivers on the frontline or those behind the scenes, they all do a fantastic job in delivering exceptional service to our customers.” 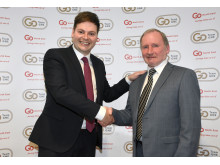 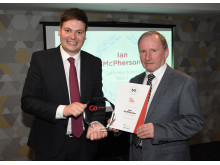 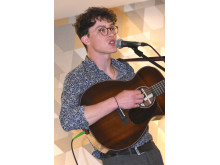 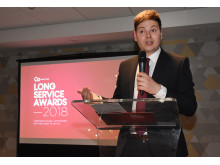