Go North East has launched its magical open-top Santa bus which will be touring the region right up until Christmas Eve.

The region’s largest bus operator is hoping to spread some Christmas cheer in a time where a lot of things are unable to go ahead, and children will not be able to visit Santa as they usually would.

The bus has been decorated with Christmas lighting that has been kindly donated by Parkside Community Centre, and of course features Santa too.

The non-stopping Santa bus tour, which will not stop at any of the locations but will be moving slow enough, is already under way and will be covering as much of Go North East’s operating area as it can over the next week.

A timed schedule will not be published to avoid any crowding, but a summary is available so people can keep their eyes peeled each evening as it passes through the region’s villages, towns and cities.

The company is also encouraging people to share their photos on social media using #GNESantaBus and will soon be launching a competition.

Commenting on the tour, Go North East’s managing director Martijn Gilbert, said: “We’re delighted to be spreading some festive cheer this Christmas, especially at a time when a lot of events can’t go ahead as they usually would.

“The Santa bus will be touring the region and although we can’t advertise exact times and attract crowds, we’re asking you all to keep your eyes peeled as it passes through your area.”

The company also published details of its Christmas and New Year buses earlier this month, so whether you are commuting to and from work, looking for that special Christmas gift, or visiting friends and family as part of your bubble, Go North East has your festive travel needs wrapped up. 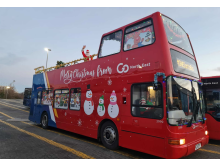 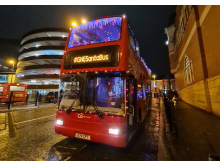 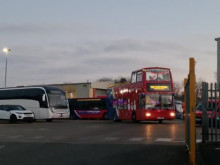 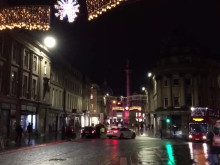