Today, the North East’s largest bus operator, Go North East has unveiled a retro multi-coloured bus to celebrate the work of its team in bringing communities together, celebrating diversity, the company’s pride in transport, its colleagues and the people of the North East.

Inspired by a re-work of the company’s infamous 1985 'don't judge a bus by its colour' initiative alongside the rainbow image that has been so prevalent during the coronavirus crisis.

The vehicle will become a visual symbol of the company’s ‘One Team GNE’ colleague and community network being launched to build upon the great strength and team spirit shown by its team during the depths of the crisis, to work together to build even better relations across the company and the communities it serves.

Commenting on the launch of the ‘One Team GNE’ initiative, managing director of Go North East, Martijn Gilbert, said: “I am immensely proud of the great work of our team, especially during the depths of the coronavirus crisis.

“Buses continued to operate to safely transport key workers and our team faced many challenges with great strength and positivity, even embracing fundraising activities to raise over £10k for local charities.

“Our ‘One Team GNE’ initiative is about building upon that great work and coming even closer together as we all face the inevitable challenges ahead in the world around us both professionally and personally as the country, the economy and the bus industry recovers, whilst also embracing the diversity, equality, health and wellbeing of our whole team and the many communities that we serve.”

Colleague champions are being appointed at each of the company’s seven depots to work on making company culture kinder, more inclusive and mutually supportive, whilst also improving engagement with local communities.

Photos: Go North East’s 6050 in the new ‘retro’ inspired multi-coloured scheme and a photo of the original bus from the 1985 initiative, courtesy of John Tyson. 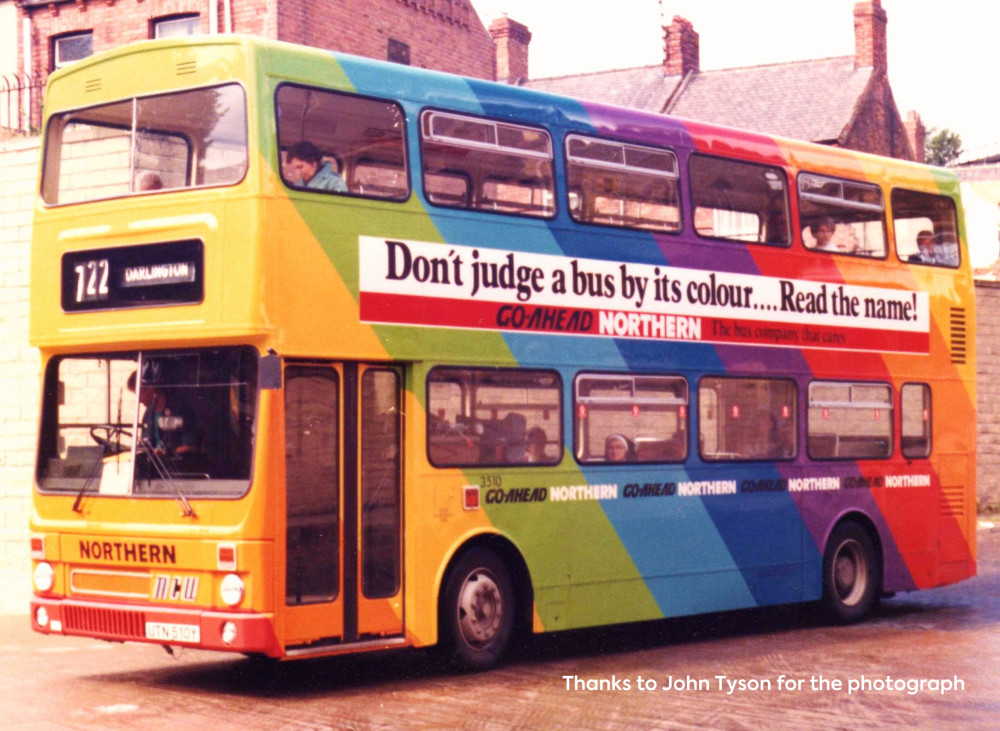