One of the last remaining bus drivers of the old Sunderland District Omnibus (SDO) Company has retired after 43 years of getting Wearside bus passengers from A to B.

Andrew Jackson, 64, from Shiney Row, was 22 when he started driving the distinctive dark blue and white SDO buses at the now defunct Philadelphia bus depot in Washington.

Since the SDO closed, Andrew has worked for Go North East. He says things have changed a lot over the last four decades and the traffic has got a lot busier but he says it doesn’t bother him.

Andrew worked on the pit contracts in the 1970’s and 80’s getting miners to and from Boldon, Wearmouth, Vane Tempest, Dawdon and Seaham (known locally as ‘The Knack’) collieries. One of his fondest memories is still getting paid for the ‘pit runs’ he didn’t actually have to do when the miners went on strike for the best part of a year.

Andrew said: “The pit contracts were great; it was money for old rope really. We’d take them into the pit and we usually had to wait at least an hour for the next miners to come out so we could take them home. So I’d have something to eat there and chat to the lasses working in the canteen.”

He recalls when Sunderland city centre was a shopping mecca to rival today’s Newcastle:

“The buses coming into Sunderland on a Saturday, from places like Bishop Auckland, were absolutely jam packed with shoppers, it was heaving.”

The two main local bus companies when Andrew started in 1973 were the SDO and Northern – SDO drivers were known as “the blues” and Northern staff were “the reds”.

Initially Andrew was an apprentice joiner but when the construction industry hit hard times he called into the SDO and asked if they had any jobs. He passed his bus driving (PCV) licence the second time he took it and has been a bus driver since.

He started out driving Leyland PD3 buses and now most often drives Volvo B9 double deckers.

Andrew now plans to enjoy his retirement by spending time with his wife Denise. He will be tending to his car, garden and greenhouse and taking his son’s four Labradors for walks.

Andrew’s son Iain also works for Go North East as an engineer at their Deptford depot in Sunderland.

He said: “I worked every hour when my son was little so it’s nice to be able to spend more time with my granddaughters.

“I’ve enjoyed my time as a driver and I have some great memories but I’m happy to be going.” 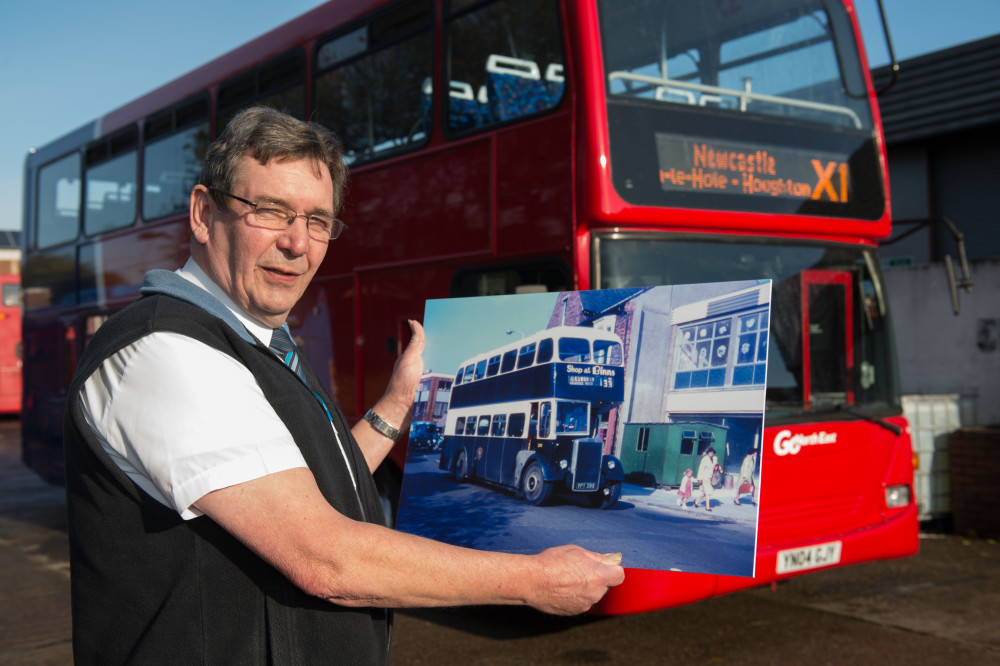