Hearing your voice playing out on the bus would give most people a fright but it’s just part of everyday life for voiceover artist Emma Hignett – Go North East’s resident passenger information announcer.

Over the past three years, Emma, from Teesdale, has recorded almost 3,500 on-bus recordings for Go North East, now featuring on more than 50% of the company’s fleet of 601 vehicles. She is heard by around 79,000 passengers on various routes each week, including popular services like the Angel and Castles Express, meaning she is listened to by over 110,000 people in the region every day.

Living at home with her husband Mark and nine-year-old son Tom, Emma began her career in voiceovers and radio broadcasting in 1993. Highlights include co-hosting Red Dragon FM’s breakfast show for just under five years and co-presenting the drive-time show on the Capital Gold network alongside US television presenter Jerry Springer. She’s also interviewed Hollywood stars such as Brad Pitt, Catherine Zeta Jones and Joseph Fiennes.

The on-bus announcements are recorded from her home studio – a typical day beginning with a script of required information and recording each one at least twice, before picking a favourite. Her daily workload can vary from three to 300 on-bus recordings, which is mixed in with other voiceover work. This includes on-bus announcements for Transport for London (TfL) and Go North East’s sister company Go-Ahead London, who she has been working with since 2005.

Emma admits that the first time she ever heard herself playing through the speakers was “unusual” but she has now gotten used to it, unlike her friends and family. She says: “I’ve been travelling on the bus before and gone to myself, ‘Is that me?! I think it’s me…’. Friends often call me up while they’re on the bus and play my voice down the phone during an announcement, saying ‘I’m on the bus and it’s you!’ It’s quite funny. My father-in-law enjoys hearing me too – I’m guessing he tells the other passengers who they’re listening to!”

Go North East is increasing the number of services featuring on-bus announcements to enhance passenger comfort and convenience, as part of its continued investment, approximately £10m spent each year, in new vehicles and technology. Stephen King, commercial director of Go North East said: “Bus announcements have a definite value, especially when you’re travelling on a service that you don’t know very well – it’s reassuring to know the names of the different stops, as well as places of interest for tourists. They also make the bus safer and easier for those travelling with visual impairments.”

But it’s not all plain sailing for voiceover artist Emma who admits there are certain place names in the North East with varied pronunciations. “There are one or two places where there will be an internal debate about how you say it, there will be four or five different pronunciations - Houghton-le-Spring is a classic one. We have it recorded at least three or four possible ways but had to decide on one. Different people pronounce it in different ways which makes it difficult, but it’s all just part of the job!” 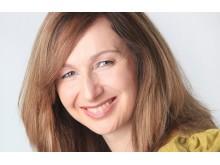