Reaching his 50-year milestone at Go North East, bus driver Roy Bellaries from Gateshead received a standing ovation on Friday evening (11th May) after his achievements and those of his long-standing peers were celebrated at the region’s largest bus operator’s annual Long Service Awards.

Joining Roy at the evening ceremony, were 40 team members from across the company who were being honoured for their dedicated service for 25, 30, 35, 40, 45 and 50 years.

“I was promoted to a role behind the wheel when I was 21, moving to High Spen before its closure in 1990, before being transferred to Gateshead,” Roy explains. “I’ve had a great time with Go North East. My time at High Spen was the best as it was a small team and the guys and people were great. I’ve met so many people in my line of work.

“It’s totally different now to what it was when I first started – the buses are much better and much warmer – I used to drive some absolute freeze boxes!”

Roy accepted a trophy to mark his milestone from Go North East’s managing director, Kevin Carr, who presented each winner with gifts and certificates to commemorate their achievements.

Held at the Hilton Newcastle Gateshead and compered by BBC Radio Newcastle presenter Lisa Shaw, the event celebrated the achievements of the 41 team members who could be there on the night and 25 who couldn’t, together totalling 2,180 years with the company.

This was the last Long Service Awards managing director Kevin Carr, who retires in June, will be hosting. He picked up his own 43 years’ service award during the ceremony and was played a surprise farewell video.

Kevin said: “The Long Service Awards are one of my favourite events in the calendar. It is incredibly humbling to celebrate our hardworking, dedicated and loyal team, I am immensely proud to work alongside those who have spent so much of their working lives contributing to delivering a first-class service to our customers. My special congratulations go to Roy - 50 years is no mean feat and it was a real pleasure to see the pride in the room when he received a standing ovation.”

Three team members celebrated 45 years with the company – drivers Eric Hardy from the Percy Main depot and Alan Hermiston who is based in Chester-Le-Street joined coachbuilder Geoff Thompson who works from the Saltmeadows Road premises. Others celebrating key milestones included 17 team members who have held roles of 40 years, 18 people commemorating three decades and a staggering 41 boasting a quarter of a century with the award-winning bus company.

In addition to the awards ceremony, the celebration included drinks, a three-course dinner, a live band and dancing. 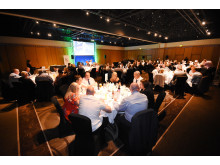 The Long Service Awards a... 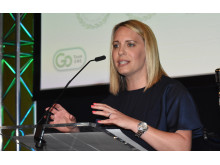 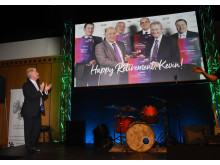 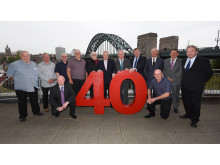 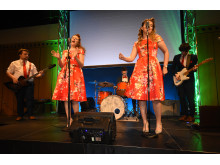 The live band at the Long... 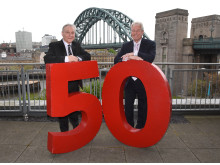 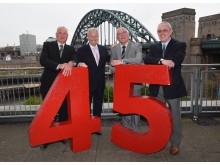 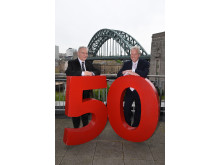